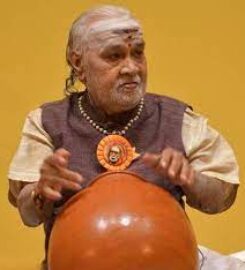 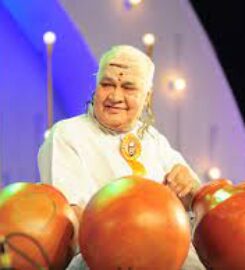 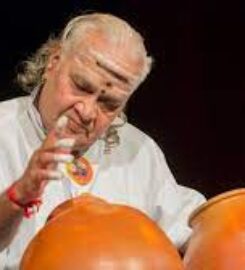 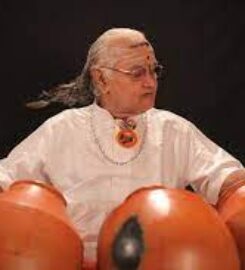 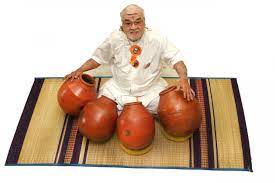 Thetakudi Harihara Vinayakram also known as ‘Vinnu Vinayakram, was born on 11 August 1942.He was a great Indian Percussionist who plays Carnatic Music with ‘Ghatam’ for which he received the title ‘God of Ghatam’.

At 13 years of age, his concert career had begun. On 5 March 1957 at the ‘Ram Navami’ Festival in Thootukudi, he gave his first performance. Carnatic Vocalists like M.S. Subbulakshmi have been accompanied by him on stage many times. His brother T. H. Subhash Chandran was also an excellent Ghatam player and he made the Ghatam one of the most popular musical instruments.

In the year 1970, his journey at the international level had begun when he joined ‘Shakti’ along with John McLaughlin and Zakir Hussain. Basant Utsav, an annual fundraiser for the Banyan, became famous as Vinayakram participated in it. He serves as a Principal of Sri Jaya Ganesh Tala Vadya Vidyalaya in Chennai, India which was established by his late father and teacher in the year 1958.

He received Padma Shri in the year 2002, Padma Bhushan in the year 2014. He is the first South Indian Musician to win a Grammy for ‘Best World Music Album’ for his participation in Mickey Hart’s, ‘Planet of Drum’ in which he played both Ghatam and Morsing. He donated all the proceeds to a charity organization in South India.