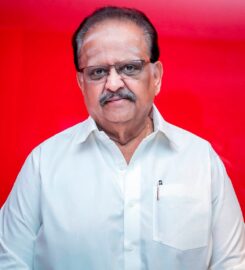 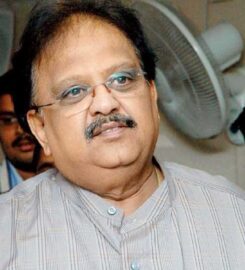 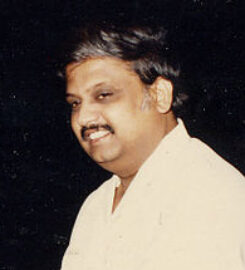 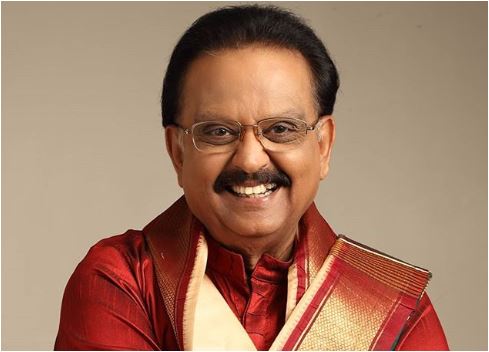 In Nellore, in an  Orthodox Telugu Brahmin family in Konetammapeta, AP, Balasubrahmanyam was born as the second son in a family of three sons and five daughters. A renowned exponent of Harikatha was Mr S. P. Sambamurthy, father of SPB. His sister S.P. Sailaja is a former actress-singer in Tollywood, married to Subhalekha Sudhakar. He has a daughter, Pallavi and son, S. P. B. Charan.

As a child, Balusubrahmanyam had a hobby of singing. SPB was interested in music and had studied notations and learnt to play instruments such as harmonium and flute on his own while listening to his father. His father’s dream was to make Balu an engineer; this brought him to Ananthpur, where he enrolled for the Engineering course in JNTU. Due to typhoid,  Balu discontinued the course and then joined AMIE. At many singing competitions, he had won awards. soon he got recognised as a good singer in annual college programmes. He sang in Madras as some of his friends had referred and recommended him to sing.

In a Madras-based Telugu Cultural Organisation, in the year 1964, a music competition was organised for amateur singers. Balu won the first prize. This was a turning point in his life. No sooner the famous Music director SP Kodandapani took him under his wing, offers then poured in from Telugu, Tamil, Kannada and Malayalam movies.

SPB was the leader of a light music troupe before he became a full-fledged cinema singer. the troupe comprised of:

* Harmonium artist Anirutta, who was working in Corporation.

* Ilaiyaraaja joined the group as a Guitarist. Later on, he went on to play the harmonium after Anirutta and became busy in his regular job.

* Baskar was Ilaiyaraaja’s brother and he was in charge of Percussion.

* Gangai Amaran the Guitarist after Ilaiyaraaja was brother of Ilaiyaraaja and had  moved over to Harmonium.

Balasubrahmanyam started his singing career in Dec 15, 1966, with Sri Sri Sri Maryada Ramanna, a film scored by his mentor Kodandapani. He has sung in more than 5 different Indian languages, including Telugu, Tamil, Kannada, Hindi and Malayalam; more than 40,000 songs since then. He holds the world record in the Guinness Book of World Records for having sung the most number of song recordings by any singer.

He is indeed a gifted singer, who is renowned and popular for his incredible vocal range, deep rich voice, and mastery of style, technique and control. this made him express his talent across various genres of Indian music. His methodical approach in singing and his understanding of the meaning of the songs before singing is commendable. S.P.B., at a young age he started singing for many different language films. He used to sing even 17 songs in 12 hours at the recording theatre. He has also sung in Sanskrit and some regard his pronunciation of this language to be very good. Most of the introduction songs in Chiranjeevi and Rajinikanth films are sung by SPB. Most people feel that Balasubrahmanyam’s voice most suits Kamal Haasan.

Playback singing was virtually monopolised by SPB for more than 30 years in the Telugu, Kannada and Tamil cinema industries.  SPB has also sung some evergreen sad songs in Tamil such as ‘Naanum unthen uravai’,’Nenjukkulle’ and ‘Kuyilappudichu’. He has hosted popular TV shows in Telugu called Paadutha Theeyaga on E-TV, Paadalani Undi on MAA-TV , and a kannada show Ede Thumbi Haaduvenu on ‘E-TV Kannada’ and Tamil show ‘Ennodu Paattu Paadungal’ on JAYA-TV.

* Including the film songs and devotional numbers, he has recorded over 38,000 plus songs in a span of 40 years that were recorded by various recording companies of the country. It’s a world record which will be soon entering into the Guinness Book of World Records

* He had recorded 19 songs in Tamil in a day, and 16 songs in Hindi in a day, which is a notable achievement.

He has also acted in several movies in full-fledged protagonist roles or in cameo roles. And was also an anchor for a Telugu TV programme by name “Paaduthaa Theeyaga”. On Maa TV, he hosted a children’s singing show called ‘Paadalanivundhi’, which gained a lot of popularity and brought talent from all over Andhra Pradesh.

Death
S P Balasubrahmanyam got admitted at MGM Healthcare Hospital in Chennai on 5th August 2020, after testing positive for coronavirus from which he recovered, but he died on 25th, September 2020 at 1:04PM.